Last week me and my friend Katy went out for dinner together to a new restaurant near us called Chimichanga's
Its Mexican... if you didnt get that from the name. Now were both on Weight watchers so we had to stick in the rule.. however rules were made to be broken... (in my eyes anyway... )

I settled on the Quesadilla's with portobello mushrooms, courgette and Montary Jack Cheese... and one word for it... YUM! 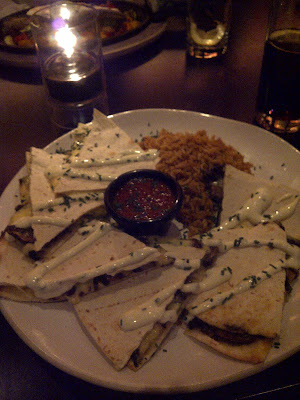 One niggle i had is that the rice was cold when it was brought to me, but i asked for them to change it and they did, it came back with less of a portion of rice, but it was warm so whatever! it tasted really nice which is what mattered... mmmm

I think it was pretty resonable too, £9.95 for my dinner and it was huge. I could however still fit pudding in.. 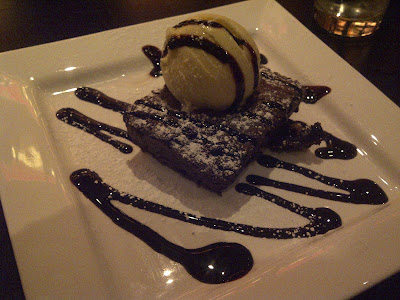 This pudding was the best thing since sliced bread..... i think it was so good because im on a diet! haha

It was a really nice night out, and i really enjoyed the company and the food, we both had a laugh and good chat (were good at chatting... ) I dont go out to restuarants often as i have to budget them in so that i go out around payday. I cant keep money in my bank, it burns a hole in my pocket!


I usually think £20 is enough to eat out for myself.. i only spent £17.50 on the meal which was good. That included main meal, pudding, and drink.

We went to the pub after for a drink, i had to battle my umbrealla bashing me in the head in the rain, the weather was bloody awful! I felt so out of place in the Slug & Lettace.. its sad to say it but... i feel OLD!!!
hahaha imnot even 25 yet, but i feel past it. I think it may have been as i wasnt in a drinky mood, just a meal and chill mood. It was a nice evening all the same though.

Here is my face made up for the evening... im sorting my roots out this weekend! haha 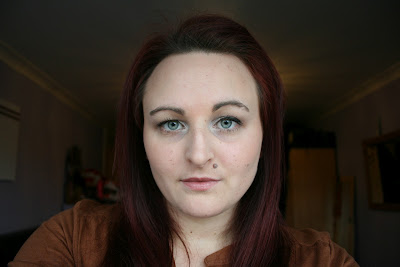