Whilst i was in London i popped into the Tiny Lush in waterloo Station. Even though its small its a little treasure trove of goodies. Its suprisingly well laid out, so after i browsed the amazingness that is Lush, i decided to pick a few easter bits up.

I picked up the Fluffy Egg bath bomb which is just so cute, it smells good too.
I always look at Lush online, and think ohhh yeah i'll get that, and that and that...

I go into the store, smell it and im like ickkkkkk thats horrible. (Lush is awesome, but i cant stand christmassy scents like cinnamon etc, so sometimes you get a bad egg..)

Its just a good job i dont order online as i think i would be disapointed sometimes. The plus to going into the store means i check things out that i wouldnt have looked at before. 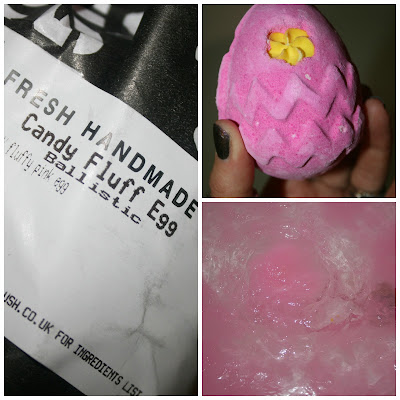 Smells of Candy and Love and Hugs.

Yep, there is such thing in my head. 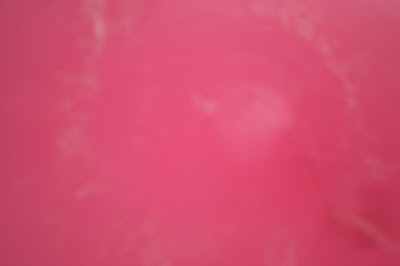 Blurry, but the actual colour of my bath water.

If they still have them, then definatly go try this out!