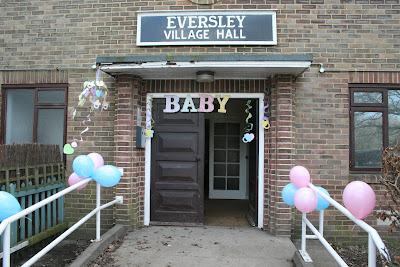 As you have all seen, my cousin Steph is having twins!!
So exciting. I have been helping to plan her Baby shower along side my great aunt Cherry, and two cousins jake and Lewis. I havent posted until now as i didnt want to give all the details away.

But it was a mission.. i sent out facebook invites, emails asked people etc and we had a really good turn out, about 30 people turned up. My aunty hired a really nice village hall.

We only had 30 mins to set up, luckily there were about 10 of us, we were throwing tables down from the stage setting up the table plan, (i broke a nail too in the process!!!) It was chaos but we got there, and it looked fab.

I spent the whole of the day before making the Nappy cake, i think i used 60 newborn nappies, babygrows, vests, bibs, scratch mits, 7 bottles, bottle brush, dummies, rubber ducks, bath products, SO much! and to top it off stuck fairy lights on it haha

We did a couple of games, dirty nappy one with 5 nappy's with disgusting looking baby food, i literally was gagging when pouring them in, How babies or anyone can feed that to their babies and not feel guilty i dont know... specially as the spinach one looks like actual green poop!!! YUK

We also played Baby bingo, which was so funny, amazing how competitive women are! On the  last game where they had to get a full house, the room roared with BABY BINGO!!!!!

I was shocked to say the least.. haha

My Aunty made an amazing spread of food, and my cousins mother in law had some cute cupcakes made too. The best thing of all was the cake my two cousins made (who are also twins!)

And now for the presents!

I had a list, and i worked towards getting everthing covered so if people asked me what she would need, then i checked my list and pointed them in the right direction, the majority of things they need have been covered, so they are going to be very spoilt twinnys! 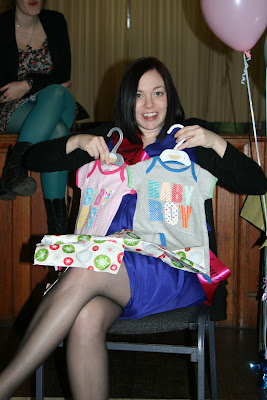 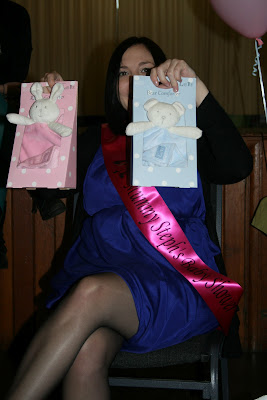 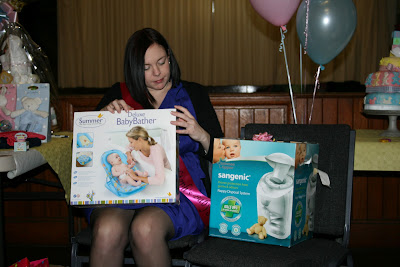 And here are some random pics i took throughout the event... 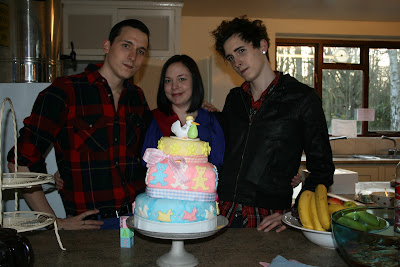 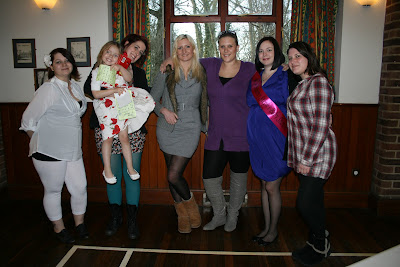 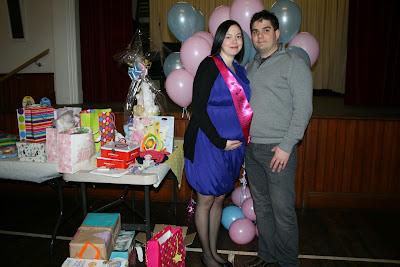 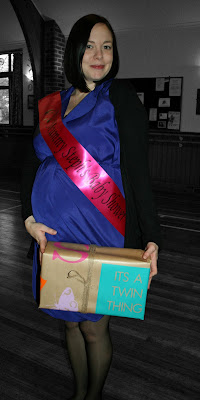