Sundays are the best days...

They are the days where i know i have work the next day and i need to cram as much in as possible thats just me and mike time... its nice to just be together and have a random day out.

Like today, we got up early, walked the dogs and then we hurried out the door to go and look at fish tanks.

I know i need to get a new stand for my tank as the Ikea lack table has done well holding for 3 years but its starting to sink in the middle from the weight of the tank. sigh.

We saw a few Tanks which we liked, but we did the typical... Hmm well this tanks nice, maybe we should get a new one, a bigger one... then we saw an even bigger one. Now im undecided.

I have had my tank for a few years and for the past year i've had 4 fish, 4 that you cant really notice; Snoop is my Pleco which is a rare occasion to see him as he hides all the times, 1 mountain minnow which doesnt have a name, 2 catfish (Corys) called Pepper and Steak. 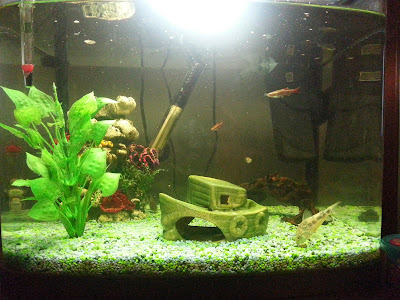 I was previously put off by other fish as i stocked my tank with Live bearing fish, thinking it would be cool if they had babies.... oh was i so wrong!

Guppies, platys and Mollies are lovely looking fish, however they reproduce like rabbits and i was consistantly giving fish away to people, and had to have a breeding net to put the babies in, in the end i gave up with the breeding net, let them swim in the main tank. They all survived, but then i was over run and gave all the fish away and left myself with one which then died. Probably because it missed its mates.. ah well.

So now i have recently re-stocked the tank, i have some Mountain minnows, Zebra Danios (Marty and Stripes) I got 2 cherry barbs (Cherry and Barbara) 1 butterfly plec (Bruce) and a Honey red dwarf Gourami (name TBC) and a tiny Panda Cory catfish called Rupert.


Our plan would be to get a bigger tank, as in 125 litre, stock with bigger fish like the Gourami's and add more schooling fish like the Minnows, danios's and Barbs. Just to add some colour and make it visually appaealing. The plus side to getting a better tank would be they come with really good stands to support them, and we wouldnt risk coming home to a lounge full of water.


These are the options... the top ones is the Juwel Rio 125 and comes in White, black or Dark wood. Preferably i'd want dark wood, although i like the white... £269 with the stand. 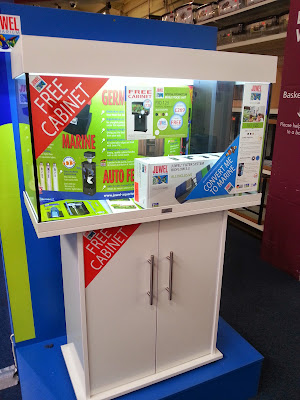 This one is the Juwel Rekord 70 which i believe only comes in white or black... i really like the white, the black one looks really cheap. Ohhhh decisions, decisions. 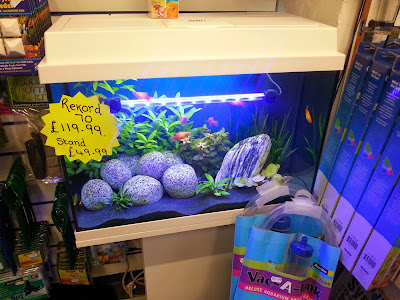 Do any of you have Fish? i'd love to know and chat about it :)