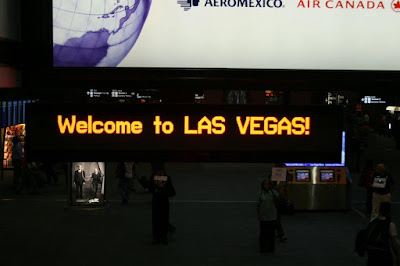 When we arrived we were so tired, i had motion sickness from the turbulance, but i was so glad to just be there! my cousin and her husband were waiting for us, as they were honeymooning in the US. It was so good to see a friendly face!
We had to grab luggage then head on over to National to pick up our hire car, they have there own Rental car terminal! which was slightly odd, as in the UK they just have a rental desk in the arrivals lounge... I guess everythings bigger in America. When we got to the desk they told us they DIDNT have a car for us..


I was so excited to get to the Rental house (Villa) i chose it as it was eco friendly, and cheap! like $900 for the 8 nights! total bargain, specially when it was split between 7 people! woo
Doesnt it look amazing! so retro i love it, would 100% go back there given the chance.

Here is a look at the rest of the Villa.. 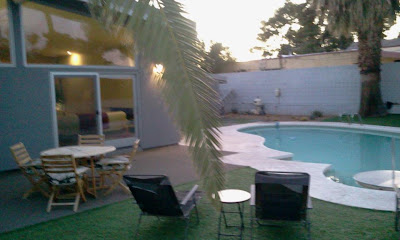 Seriously its a nice house isnt it ? i dont know why im asking you know it is! ha
The best thing about arriving in Vegas was i got to see my dad for the first time in 6 YEARS!!! yes you read that right, it had been a whole 6 years since i had seen my dad. Time flies when your a grown up, and neither of us had made any effort to see each other, this holiday made us realise we need to make more effort.
On the first night out in Vegas we went out to dinner to Dennys, i cant say i like Dennys much as being Vegetarian they literally had nothing i could eat other than salad. I found this was the case in most places we went to eat which SUCKED! booo. on the plus side i lost more weight whilst being there! haha
I think i ended up having a chocolate cake with icecream instead of a meal as i couldnt be bothered to be fussy and try and find something edible. 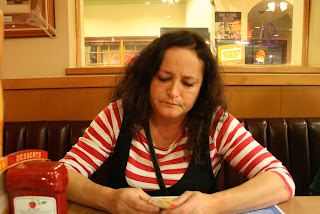 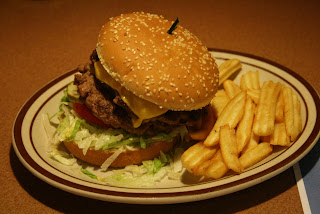 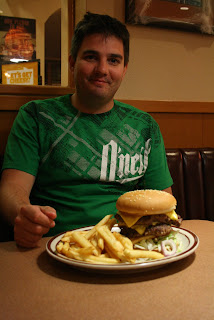 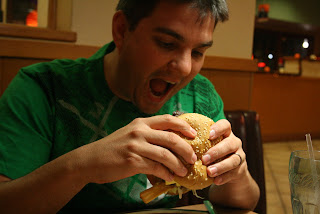 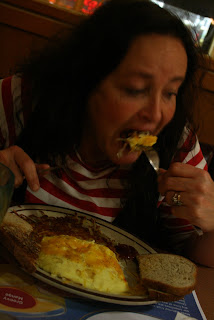 Just a small selection of some of our group, mainly my mum and my cousins husband... scoffing Dennys food.
I cannot remember what we did after this which is really annoying!? if i remember ill fill you in with the deets.
More to come in the Vegas files!
Email Post
Labels: Las Vegas wedding