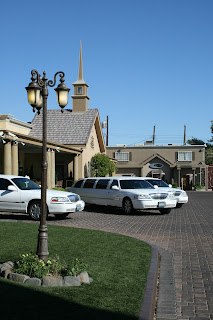 We had a meeting at the chapel to go and get our wedding photos, the Pro ones, we were there for about an hour, we went through about a hundred or so photos, it was hard to pick them as to be honest i didnt like the photos that much... well i didnt like Me in the photos. I just dont like the way i look all dolled up in a wedding dress, with wedding hair etc... cringey.

Once my dad came back to pick us up the heavens opened and the weather was Craaazzy! - raining, lightning, thunder! I got my dad to drop us back at the Fashion show mall as we wanted to go choose our seats for the Holly Maddison Peep show that we were going to see.

Soooo before we headed over to Planet Hollywood we went Via Forever 21 as i was desperate to get a Sanrio green Kerropi sweatshirt, but they didnt have my size... BIG FROWN :( waaaa
I suppose if i lose more weight it could fit me! aha!

Then i thought i'd have another sneaky look in the Sanrio store as the weather was tipping it down, so though what the heck ill stay in the dry and spend some money! The lady in there was so nice, we were chatting to her for a bit and she was saying she used to live in the UK when she was a teenager, and she didnt live that far from where we live now, crazy!

I bought myself a 2012 Hello kitty diary that mike pointed out, its cute and it does half of 2013 too which is a bonus! woop

We had to then hot foot it to the taxi rank and get a taxi back to the Villa to get our selfs some food and then get changed ready for our night out together to see Peep Show.
I put on a nice colourful summer dress from Next its the same dress i wore to a funeral a few months ago... it was a colourful dress code for a funeral.. and anyway, i wore some black gladiator sandals with a black over the body bag.

We had to waste some time in the Planet Hollywood casino as we got there too early (to be honest i cant actually remember why we got there early, or what we did... but i know we spent some $$$ in the casino before hand.. haha) 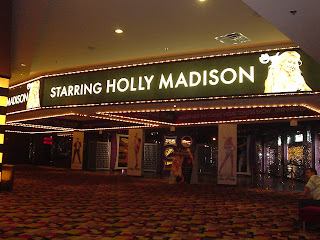 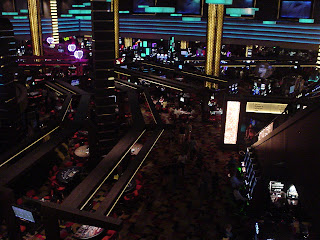 The show was good, the singers were really really good. But i just didnt think there was enough Boobs... i know this sounds silly for a girl to say, but if your gonna pay $60 to see a topless show you expect everyone to be topless for like most of the show.. lol
It was however a lovely evening to end our trip in Vegas, i felt so depressed leaving to go back to the Villa as i just knew that we had to get back and pack. IT SUCKED!!!!!!

The hardest thing was nothing would fit into my suitcase! hahah i had to stuff it all in.