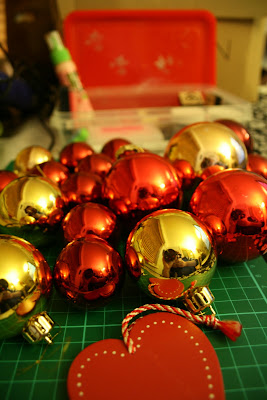 (I actually have fallen in love with the Baubles in this pic!)


I attempted to decorate some baubles with some embossing powder and a heat gun from an idea i saw on Bower Power - however they didnt turn out very well and i gave up. 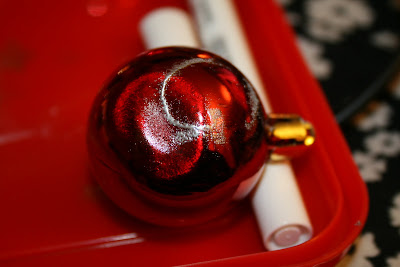 It melted the Bauble... and nearly my finger, so i thought it wise to quit whilst i was ahead. 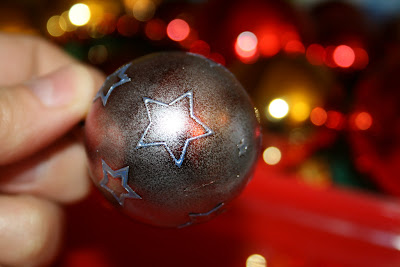 I think this would work out well if you had permanent spray paint, then peeled the stickers off.
I on the other hand, tried ink pads which were not permanent. 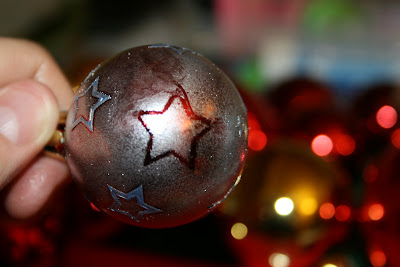 Looks kinda cool, but ink rubs off - kinda obvious that would happen, but i was having a dumb moment. ha 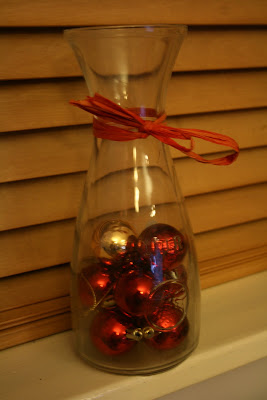 This was a last attempt at making something Xmassy. I kinda like it, looks nice on my window sill at the moment :)
Email Post
Labels: christmas craft